Our message against chatcontrol in the EU

The ePrivacy Derogation planned in the EU is an unprecedented attack on our electronic privacy of correspondence. And it is completely unsuitable for the supposed good purpose – combating child abuse. 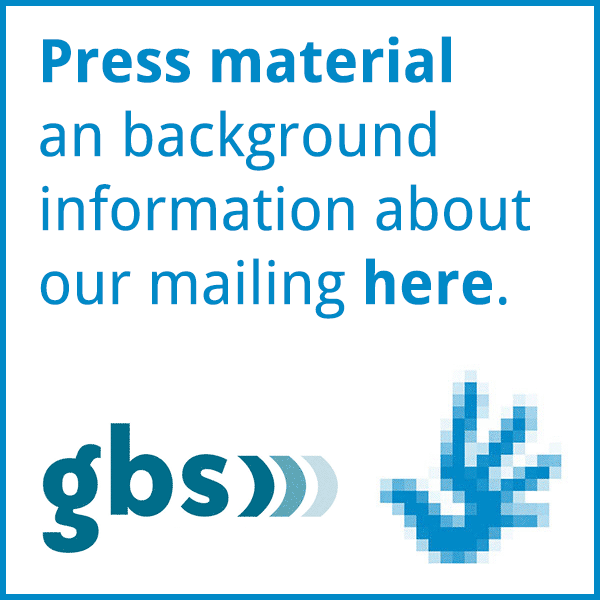 Sometimes you have the impression of being a little crazy. You read about something and think – that just can’t be true, the whole world would be upset about that. But it is true. And nobody seems to be upset.

That is what happened to me when I learned about the ePrivacy Derogation, a massive attack on our electronic privacy of correspondence, right from the heart of our liberal democracy. The EU Commission has fast-tracked this legislative proposal – and …
..

Let’s assume that they believe that it is legal to search all chat messages, video chats and e-mails in servers all over Europe for child pornography and grooming without a cause and automatically. Billions of texts, images and livestreams a day.

Let’s assume they trust an AI to miraculously and cleanly distinguish between intimate photos among teenagers and assaultive pedophilia, between communications worthy of protection and criminal machinations.

And let us assume that they are so firm in their belief in the good that they leave it to police forces and NGOs to collect sensitive material en masse, to sift through it and to store it securely without these volumes being abused or re-circulated.

Assume further that they did not know that the bulk of the resulting accusations are false, often directed against young people, and can destroy entire exitences with ease.

Let’s assume ignorance of the mechanism by which domestic politicians greed for ever more surveillance – whether to simulate action, to save funds, to satisfy lobbyists, or to get closer to their ideal of perceived security. That there would be an honest belief that the once installed surveillance would not be extended to other fields in the next terrorist or drug crisis, or even then would never be misused to secure someone’s power.

Finally, let us assume that the EU Commission lives on a happy planet, without autocracies and dictatorships, in which the EU model is adopted only too willingly and with complete legitimacy.

Even if one assumes all this, it is still completely incomprehensible how one can come up with such an idea.

One could just as well open all letters, scan all trash cans and equip all apartments, cellars, allotments and forests with cameras and microphones in the hope of finding evidence of child abuse. How is it that the argument “this may help against child abuse” is capable of short-circuiting the voting behavior of most EU parliamentarians? It should be obvious, I thought, what immense damage this is doing to our fundamental rights. To our democratic processes, to the attitude to life of every single person, if we knew that our entire communication was under general suspicion.
.

.
It is an absolute imperative and a worthwhile effort to take effective action against this. But anyone who has studied the matter knows that this remedy is ineffective, even counterproductive. Criminals find other ways to exchange files. For quite a while now, Google and Microsoft have been scanning their data stores for child pornography. The number of cases in which pedosexual offenses were actually brought to conviction this way is vanishingly small – probably just in the double digits.

But in the end, I was not alone in my extreme unease. I found enough like-minded people in European politics, among lawyers, in net-political circles and in my humanist Giordano Bruno Foundation who encouraged me to become active against this legislative initiative. So we, the gbs, have written a letter to all EU parliamentarians, which can be co-signed by everyone as of today. 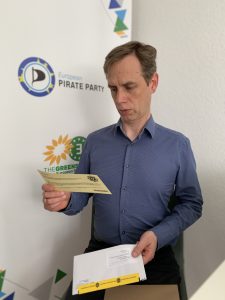 And we made sure that they could experience our irritation: We opened the 705 letters and “scanned” them for suspicious content. An imposing seal with a seizure message identifies the “European Task Force Against Child Abuse” and its website etfca.eu. There you can find out with an arbitrary code what the case is about. In this way we hope to contribute to a rethinking.

Perhaps not yet, until the vote, which is hastily scheduled to take place as early as July 6. It concerns an exception to the ban on searches – so this is still voluntary for providers and must be declared to users. But at least, when this practice becomes a mandatory rule, it must be clear to everyone among the parliamentarians that this is about the foundation of our freedom of expression and democracy.

Below is the letter we sent in English, French and German. We kindly ask you to co-sign it on OpenPetition.org..
.

Dear Members of the European Parliament,

Would you be comfortable with the thought that all your letters are being opened on the off chance that they might contain suspicious material? If not, please transfer this conviction to the digital sphere and vote against the abolishment of digital privacy for correspondence as part of the ePrivacy Derogation!

The so-called “e-Privacy Interim Regulation” (2020/0259(COD)) would require online messenger and email service providers to automatically scan private message content in real time for suspicious text and image content using error-prone artificial intelligence. All suspicious cases identified by AI would be automatically disclosed to investigative authorities in the EU – without the individuals concerned knowing about it. This is intended to counter the spread of child pornography on the internet.

We, of course, share the sentiment behind the initiative: children’s rights are a serious matter for which we as a foundation have been campaigning for years. But however well-intentioned it might be, this should not obscure the fatal impacts of the planned remedy:

Please, don’t get us wrong here: crimes against children are terrible and demand decisive action! But warrantless surveillance of our communications is totally inappropriate and creates a climate of mistrust in Europe.

We therefore urge you to oppose the bill when it comes before Parliament on July 7 and 8!

Dr. phil. Dr. h.c. Michael Schmidt-Salomon, Spokesman of the Board of the gbs